Several local citizens in area towns formed a working group to start a “Choose Solar Initiative” to inform people of the benefits of buying a home solar system now.  This effort was recently launched at an information meeting on homeowner solar electricity (PV) where people learned about the benefits of investing in solar now and taking advantage of tax incentives and a new state solar loan program.

People learned about the benefits of owning solar electricity for their homes from the Solar Store, Northeast Solar and PV Squared recently in Warwick.  This was the first information session of the Choose Solar Initiative. 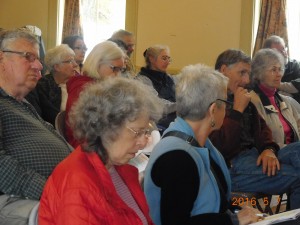 Both North Quabbin Energy and North Quabbin Pipeline Action are part of this coalition working toward a clean energy future in the state.   This includes working with the state legislature in hopes of including the following in the Omnibus Energy Bill scheduled to be released soon.

All these components for a good energy policy in the state seem important if we are to be able to organize on a local level and move toward the goal of cutting greenhouse gases by 25% by 2020.  For immediate actions you can take see Actions.