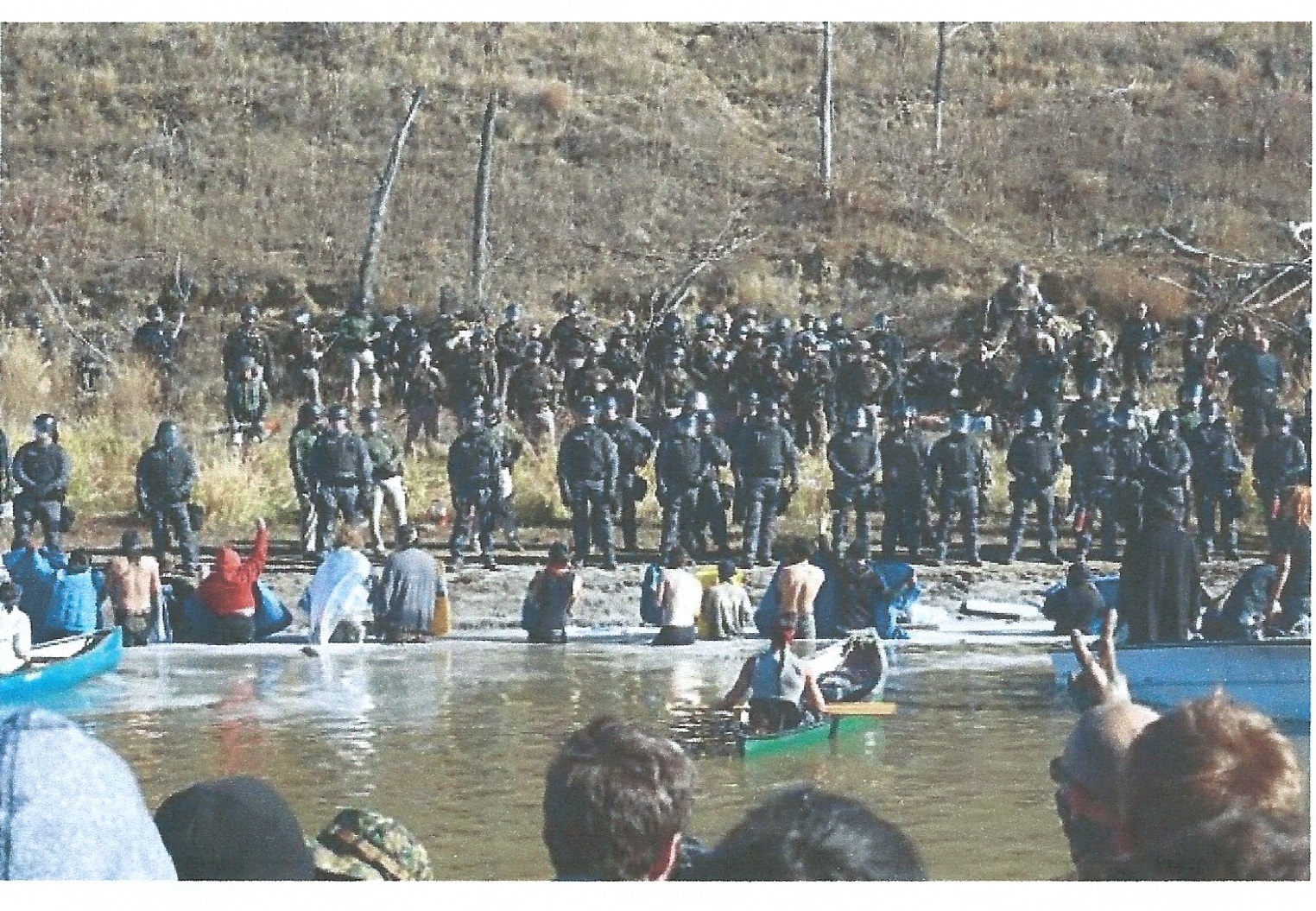 From the Recorder —  Dakota Access Pipeline protester: ‘It was a war zone’

Locals who lent a hand in the fight against the Dakota Access pipeline this month describe the experience as “life-changing” and the clashes with law enforcement “like being in a war zone.”

Amherst activist Jehann El-Bisi said the juxtaposition of peaceful, prayerful indigenous people with the omnipresent police force made for a lasting impression.

“To have this great beauty contrasted with being assaulted by these agencies — it’s jarring, to say the least, and disturbing,” she said, adding that tear gas burned her throat and she saw rubber bullets hurt fellow organizers.  El-Bisi, 48, has traveled to North Dakota twice since September. And she’s not alone.

Material from the Associated Press was used in this report. http://www.recorder.com/It-was-a-war-zone-6373655

Army Corps of Engineers, which issued the permit allowing construction of the pipeline, even though it would cross under the Missouri River within a half-mile of the Sioux reservation boundary, at 202-761-5903.